A 40-year-old footbridge over Oystermouth Road was successfully removed on schedule yesterday and into the early hours of Monday morning.

The footbridge next to the LC was moved in a painstaking operation by specialist contractors using two 25-metre tall cranes.

The bridge, which weighed-in at 150 tonnes, will be replaced in the coming months by an eye-catching gold-coloured covered steel span ranging in width from 6m to 12m and standing up to 6m tall.

This will accommodate the many thousands set to attend events at the indoor arena being developed now by Swansea Council on the former LC car park.

The work is all part of the £135m Swansea Central Phase One transformation scheme which includes new parkland, almost 1,000 parking spaces, homes and commercial units. It is all due to open in the second half of next year.

Council leader Rob Stewart said:
“I want to thank motorists, shoppers and city centre businesses for their support and understanding while this work went ahead. I also want to offer my thanks to all the staff and contractors who took the bridge down safely.

“We didn’t want to disrupt weekday traffic and the decision made sense because weather forecasts predicted that we’d have a break in the stormy weather late on Sunday allowing specialist contractors to come in and do their job.”

The bridge removal was a carefully-planned operation using two large cranes which had to be put together under floodlights on the highway and positioned around the bridge.

Around 25 construction professionals carefully removed the 150-tonne 28m span with the use of two 25m-tall cranes. The operation was managed on behalf of the council by Buckingham Group Contracting Ltd, the principal contractor on Swansea Central Phase One.

Having been detached from footpaths either side of the road and eased to a nearby location on the construction site next to the LC, the bridge will be broken up and taken away for recycling. 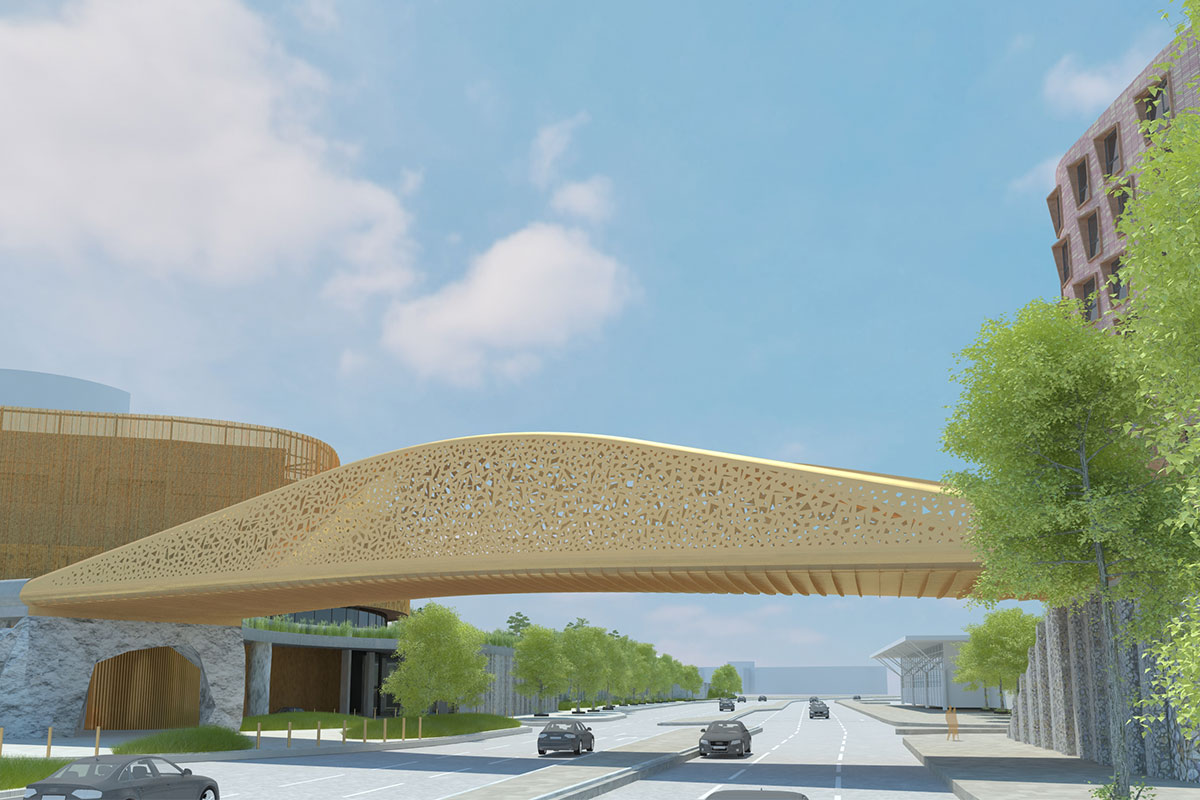 The new bridge will help the regeneration scheme provide a stronger link between city and sea. It will carry hundreds of thousands of pedestrians and cyclists every year.

With the temporary absence of a bridge, pedestrians can cross the main road via nearby ground level lights-controlled crossings at the foot of Albert Row and Princess Way. Thousands use these crossings safely on a regular basis and many more used them safely to access the recent Waterfront Winterland.

Throughout the Swansea Central Phase One construction work over the next 18 months access to city centre businesses, car parks and attractions will be maintained for pedestrians, cyclists and motorists.